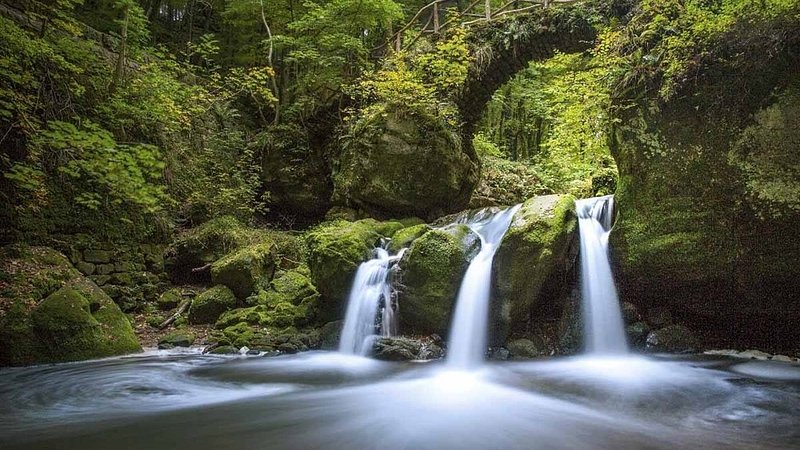 Filled with rich history, diverse culture, good food (and even better wine), the Grand-Duchy of Luxembourg is quickly becoming known as a ‘must-visit’ travel destination for all ages and tastes.

Boasting a spectacular number of Michelin star restaurants, unrivalled nature walks and the auspicious title of one of the world’s most relaxed cities, it’s not hard to understand the attraction.

Lucky for those who already live in Lux’, and the charm seems to be catching on as a growing number of Luxembourgish families opt for holidays in their home country. Why not join them, and trade your frequent flyer points for the peace and comfort of your own back door with a stay-cation in Luxembourg - a safe haven in the heart of Europe.

RTL Today looks at five of the best options for a weekend sojourn right on your doorstep.

1. Take a trip to Echternach

Any stay-cation worth its salt involves getting out of the hustle and bustle of the city, which is why starting your weekend with a day trip to the eastern town of Echternach is the perfect idea. 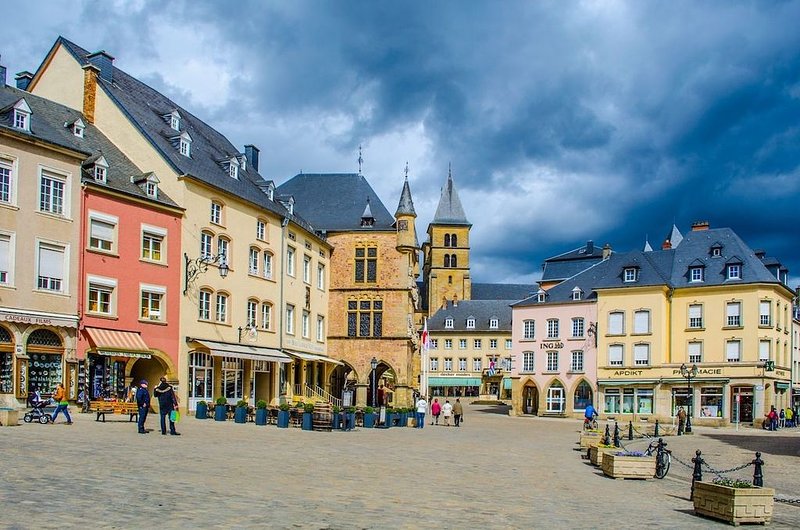 Sitting right next to the German border about an hour from Luxembourg City,  chternach is the oldest outpost in the country with a formidable 7th century abbey as its focal point. This medieval town is filled with beautiful Germanic architecture and fascinating museums, as well as the imposing ruins of a once-grand Roman villa thirty minutes walk from the centre. Echternach is also home to an artificial lake which is a great spot for families and couples to set up shop for a picnic.

2. Reconnect with nature on the Mullerthal Trail 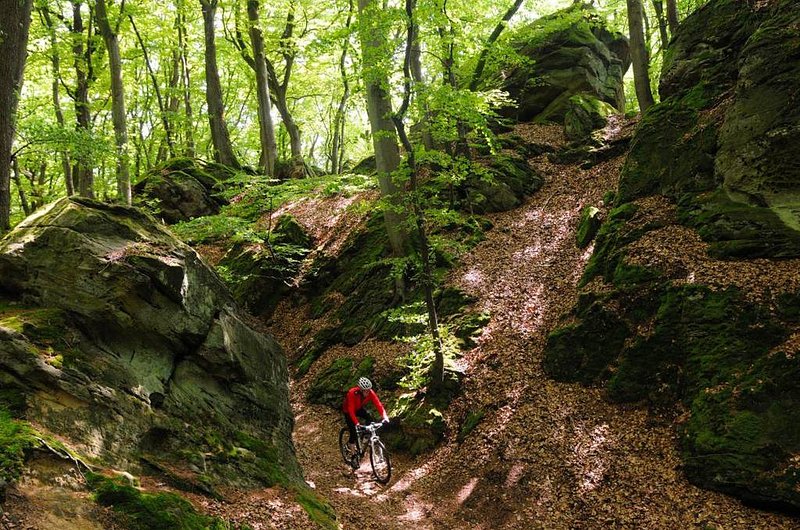 If admiring architecture isn’t your idea of fun, head out of Echternach town to the MullerthalRegion -  Luxembourg’s ‘Little Switzerland’. Made up of three loops, the Mullerthal Trail stretches for 112km through free flowing waterfalls, rugged rock formations and cool, green forests and can be cycled or hiked with a nature guide. Each circuit runs for roughly 35km with the first two starting in Echternach and the third beginning at the castle of Beaufort Consdorf.

3. ‘Dine in the dark’ while sipping from the world’s longest wine list

For dinner with a difference, look no further than world renowned Restaurant Chiggeri. 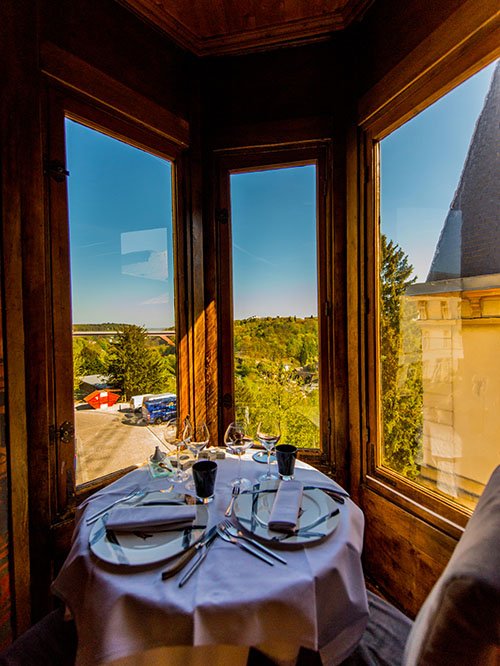 Nestled in the heart of Luxembourg City, the experimental fusion menu offers everything from generic charcuterie boards to mouthwatering veal and Chiggeri’s towering tiers of lasagne. There’s also live acoustic music in the summer, as well as the restaurant’s never-ending wine list which boasts a staggering 1,746 labels and earned Chiggeri the coveted accolade of the ‘world’s longest wine list’ in the Guiness Book of World Records in 2009.

But Chiggeri’s piece de resistance is its Dinner in the Dark option. Originally conceived by German professor Andreas Heinecke in 1998, the idea of eating in the dark quickly caught on and eateries from Melbourne to Paris offering (literally) blind tasting sessions sprung up.

With prices starting at €75 per person for four courses, an evening at Chiggeri is the perfect way to end the first day of your stay-cation.

4. Get up early and explore Luxembourg City’s ancient tunnels 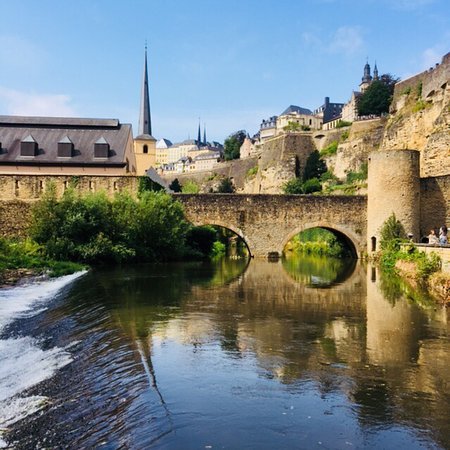 It’s often easy to overlook the treasures on our doorstep, and Luxembourg City boasts a wealth of gems for those who aren’t afraid to go looking. Or digging, more accurately, because one of the most fascinating draws of Lux’s capital is the winding network of tunnels beneath the city streets.

Built in 1644, the ancient tunnels twist and turn for 17km and earned Luxembourg the title of "Gibraltar of the North", according to Culture Trip.

Start your day at the impressive Bock Casemates fortress, a UNESCO World Heritage Site offering public tours from March through September for a very reasonable €14 and €7 for kids.

5. Embrace your inner child (or boost your social media game) at Vianden Castle 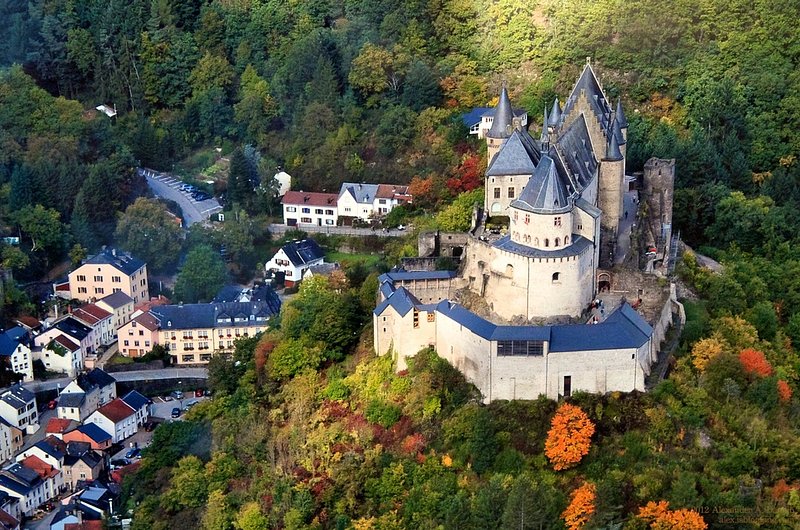 Built between the 11th and 14th century, Vianden Castle is one of the finest Roman Gothic era palaces in Europe. Once home to the powerful Counts of Vianden, the grand turrets and romantic pewter grey roof are straight from the pages of a fairytale (in other words, extremely Instagrammable).

Vianden was owned by the House of Nassau - Luxembourg’s Grand Ducal family - until it transferred to state ownership to allow the public to enjoy its beauty. The Castle is open year round except on Christmas and New Years Day, but there’s also plenty to do in the picturesque town of Vianden. The village is home to a museum dedicated to Victor Hugo, as well as a veritable feast of Instagram-friendly cobbled streets and pastel hued shop fronts. Travel by train and then bus from Luxembourg City, or hire a car - just make sure you take your camera!