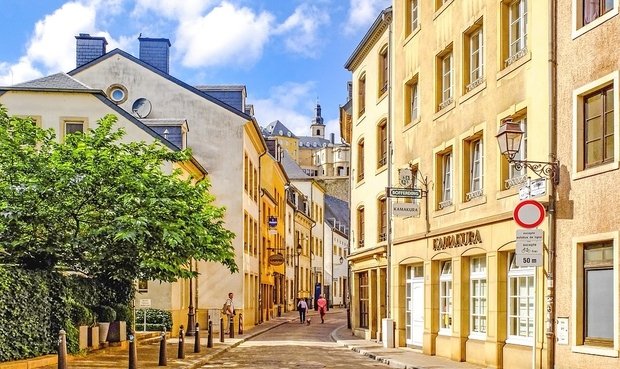 Being a local or resident of Luxembourg means you experience the Grand Duchy in a different way. While we have our preferences for having fun in the Grand Duchy, what exactly do you recommend to someone asking how to spend a weekend in Luxembourg.

Faced with this question recently, I realised I struggled to think of specific tourist activities to recommend to someone on a flying visit. A tourist flying in for the weekend may not necessarily rent a car to explore the country, especially if they're staying in the capital.

As a result, this week's Knowledge Bite may not be as useful for us locals, but hopefully will be a decent bit of inspiration for those of us having friends visiting. For the sake of making this guide more coherent, the premise will be someone flying in to Luxembourg from Friday evening to Sunday evening (or early afternoon).

Presuming you arrive in Luxembourg at a time before dinner, you'll be hungry and wanting to explore the city a bit. Once checked in to your hotel/AirBnB/etc, the question revolves around food.

To start, I would recommend people wandering around the upper town and starting in the Place d'Armes (although not necessarily eating in any of the outlets there, unless you desperately want McDonalds). From there, head towards the palace area to find restaurants and bars, the latter if you fancy a drink and aren't feeling too peckish.

Recommendations: In my opinion, Luxembourg's pizzerias do far superior pizza and pasta than their French or British counterparts, for example. If you've got a hankering for a good pizza, I'd recommend Pizzeria Onesto on Rue du N, Bacchus on Rue du Marché-aux-Herbes (right by the palace and Chamber of Deputies), or Basta Cosi on Rue Louvigny (temporarily closed, reopening summer 2019). If Italian's not quite what you're looking for, Rue Louvigny has a decent selection of other restaurants. 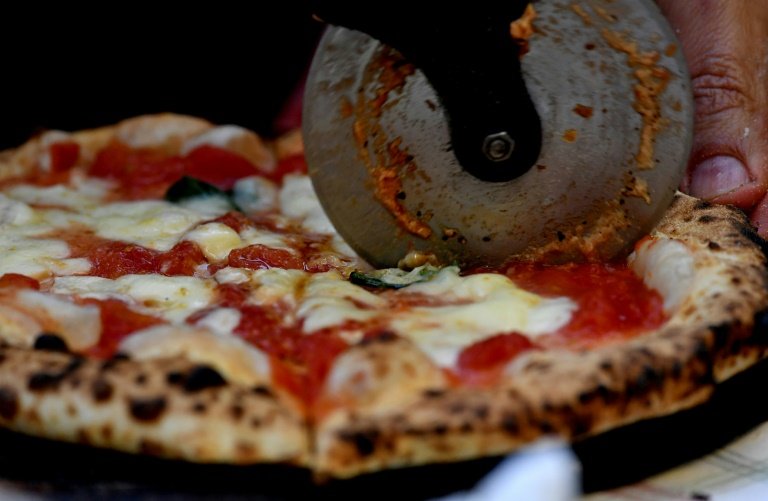 Next stop - after dinner drinks? The area surrounding the palace has a number of good bars as well, including Go Ten gin bar, Urban, and Octans. If you head further down towards the National Museum of History and Art, you'll also find The Tube and Art Scene, also two popular bars, especially when the weather's warmer.

My personal opinion of exploring a new city is to just go for a wander around. With that in mind, I would spend day two exploring Luxembourg City by having a rough itinerary, but taking time to explore anything that catches your interest.

Luxembourg has a lot of wonderful bakeries which serve a purpose of either providing breakfast, snacks, or a light lunch as well. The first stop on this day of tourism is the Bock Casemates for a dose of history and cool tunnel exploring. The handy thing about the Casemates is if it happens to be raining, this could give the rain a chance to stop.

Exploring the Casemates should then be followed by a walk along the Corniche, aka Europe's most beautiful balcony, and the descent down to the Grund. 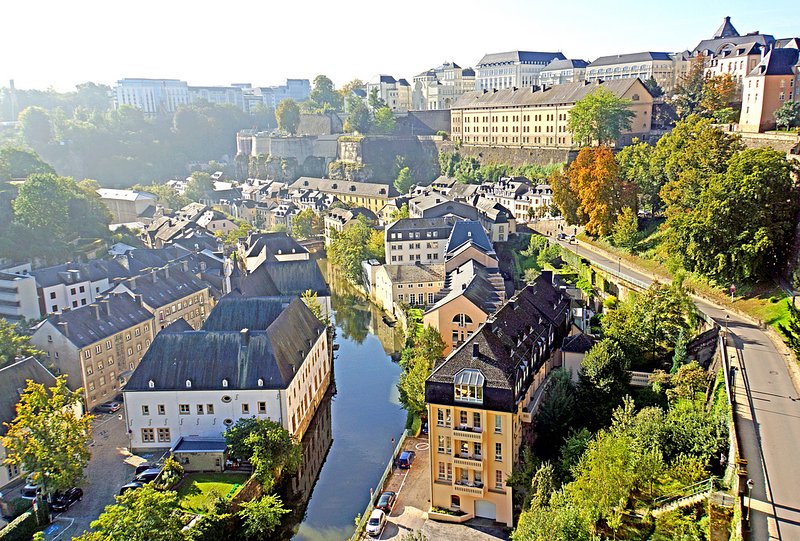 Once in the Grund, you can choose to go to the National Museum of Natural History or stop and have a drink at one of the outside terraces, but my personal pick of a museum is not located in the Grund. Take the lift up to the Plateau St Esprit and get a bus to Kirchberg (or walk, of course!).

In Kirchberg, visit the Dräi Eechelen Museum, which is housed in the renovated Fort Thüngen and traces Luxembourg's history alongside providing some stunning views of the city from the other side. From 26 June onwards, the museum will have a new exhibition on Luxembourg's artillery, showcasing the country's last two cannons.

After the museum, I would recommend popping into Auchan shopping centre. Why Auchan, you ask? I'd recommend Auchan as the supermarket sells macarons at a much cheaper price than Laduree or Oberweis. At €6.50 for 12 macarons, this is basically a bargain.

After this, depending on how quick you are, you can head back into Luxembourg City for a nice coffee. Cafes worth visiting include Golden Bean or Downtown on Rue Chimay, Coffee Knopes next to Alima, or Konrad on Rue du Nord.

Finally, if you want to experience Luxembourgish food for dinner, head down to Clausen and to Mousel Cantine. If you're wanting to go for more drinks again, Clausen also has a number of bars.

Obviously, it may be less stressful to go on a day trip on the full day you're spending in Luxembourg, but some people prefer to explore the city they're staying in before venturing off somewhere else.

Vianden may be tricky to visit on a day trip, as the journey by public transport requires several changes. Instead, visiting the town and lake of Echternach could make a nice day trip. The 110 bus connects the capital with Echternach in just under an hour and you get the added bonus of seeing some of Luxembourg on the journey.

Echternach is known for its hopping procession (which is on UNESCO's intangible cultural heritage list), its Roman villa, and is the oldest town in Luxembourg. 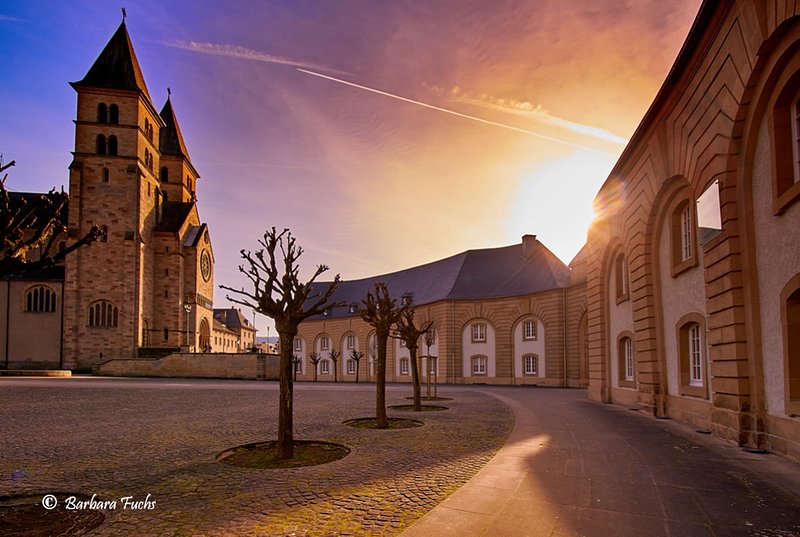 Once you've had your fill of Echternach, you return to the capital, collect your belongings and head back home! This is obviously not a very comprehensive list, but a suggestion of how someone could make the most of a weekend in Luxembourg. I personally think it's difficult to venture beyond Luxembourg City without a car, as a car would facilitate going to Luxembourg's Mullerthal area (known as Little Switzerland and famous for its walking trails) or to another of Luxembourg's many castles.

Alternate day trips include the German city of Trier (perhaps one for the full day you're spending in Luxembourg) or Vianden castle. Or, if you'd rather spend the whole weekend in Luxembourg City, that is also an option. There are several museums and galleries in the city and a very nice park as well.