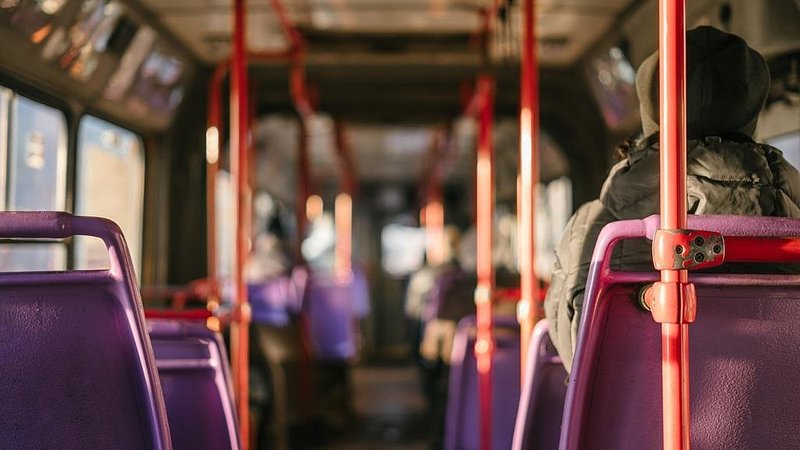 “Free” transport costs about a billion euros annually, money that could and should be better spent elsewhere, such as a new metro or improved train connections.

Users of public transport know better than anyone what we have to go through to get to work without starting the day with our nerves on edge, squashed and stressed because a traffic jam resulted in one bus having to merge its timetable with another two.

Do you also want a seat? Good luck waiting for somebody to move their handbag, briefcase or fold-up scooter from the seat next to them without coughing and motioning as politely and discreetly as possible without screaming.

Don’t even attempt to make eye contact with the student aggressively marking out their territory sitting perpendicularly, back against the wall of the bus, knees up over their schoolbag, feet on the seat, pods inserted in ears, typing and staring obsessively at a phone screen. If you’re lucky, you’ll just enter a staring contest you’ll inevitably lose. At worst, say goodbye to your dignity as you fall to the floor in tears, broken.

People don’t respect what they don’t pay for

Subsidizing public transport to help ease congestion, lower the carbon footprint helping students get to school safely and giving the elderly an accessible means of socialising is a universally accepted good thing. So, it’s only fair to ask, nay, demand, that people who can, contribute their share and not be - what economic inefficiency theory calls - “free riders” (pun intended).

It’s well known that people usually place more value on things they pay for and not necessarily what they get for free.

What’s forgotten in all these populist moves for “free this, that and everything” is that even though you may not be paying for something, it still costs, and in Luxembourg it costs a lot.

Luxembourg’s 2019 budget sets aside more than 1.1 billion euros for public transport, or more than 6 percent of its entire budget. A quarter billion alone goes to pay for “free” transport. All this is separate to the actual cost of employee wages, servicing, overheads, etc.

Instead of subsidising carry-on luggage, boots and poseurs’ bicycles (you know who you are, pretending to ride to work, but in reality, you only cycle to the nearest Park+Ride!) that money could be used more appropriately and efficiently.

It’s not just the usual go-to subjects of more funding for hospitals, schools, the elderly or the homeless, but the transport sector itself.

Luxembourg needs increased and better rail connections from Germany, France, Belgium and the Netherlands. Its tram network needs to be increased to encourage people to leave their cars at home.

Be bold and invest in a Metro system, something that has proven an absolute panacea to every city that has ever built one. Yes, of course it costs money, it’s called “investing” in the future, not pandering to the present.

Put in place a city-toll to discourage driving into the centre. Luxembourg has amongst the worst traffic problems in Europe, comparable to cities literally 10-times its’ size, that should be unacceptable.

There’s a running joke amongst many lawyers in Luxembourg that goes; “the bus driver that drove me to work earns more than me!”  Their starting salary is more than most, and probably the highest of anyone with having graduated only from High School.

After 20 years, they’re at a whopping 90,000 (not including bonus). So, the 40-ish year old bus-driver who stopped for 10 minutes at the Belle Etoile with his passengers waiting on board because it was his break time (as he explained) was probably on a cool 6 figures.

And good luck to him and to all bus employees. The point is that all this costs money, it’s not free by any stretch of the imagination.

Ticket prices are important, but not the most important. The history of mass transit in Europe shows that people would use public transportation when the quality and options improve, not just when the price drops. The fact is that people are willing to pay a fair price for a reasonable quality product.