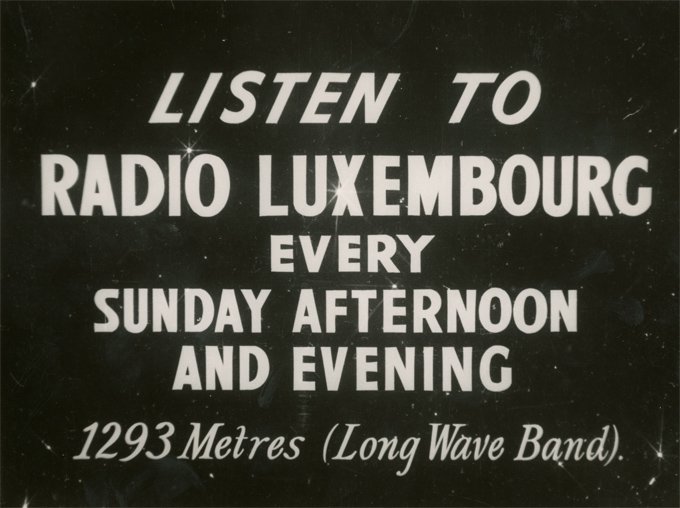 Radio Luxembourg was one of Europe's most-heard stations between 1933-1992. This is the story of DIY transmitter building, how planes flew recordings between Great Britain and Luxembourg, and the BBC's dread for Radio Luxembourg's popularity.

At the peak of its broadcasting history, Radio Luxembourg's reach was an impressive 78 million listeners per day. British presenters such as Mike Read, Chris Moyles, Noel Edmonds, Tommy Vance, David "Kid" Jensen and Benny Brown started their careers here, the latter still hosting a show today on Luxembourg's Radio 100,7. Its format was simultaneously exclusive and inclusive for all generations of listeners, rivalling the rather boring and conservative BBC programmes with pop and rock music.

Impressed by a new invention called the radio, François and Marcel Anen installed a home-made transmitted in the attic of their home in 28, rue Beamont in Luxembourg City in the autumn of 1923. Within a year the brothers had produced regular programmes, mixing news and sports coverage in several languages, including Luxembourgish, German, English and French. In 1928 the Anen brothers founded the Association Radio Luxembourg to run the station. A DIY broadcast and receiving antenna was set up over the roofs in Rue Beaumont. 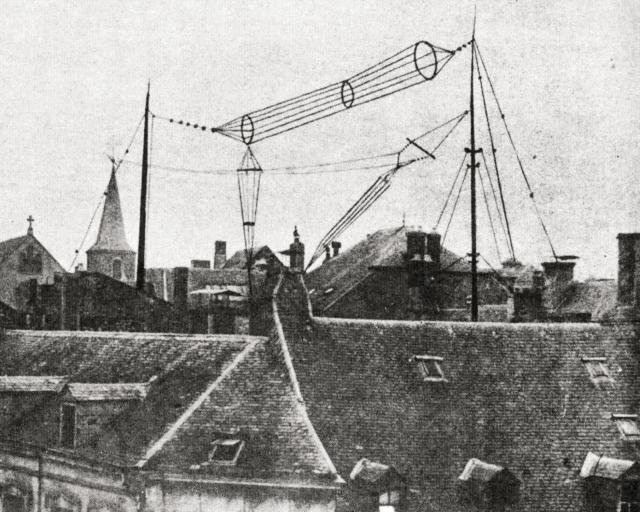 Broadcast and receive antenna over the roofs in Rue Beaumont. / © Aloyse Anen

The power of the transmitter was boosted to 125W in 1926, with subsequent improvements to bring it up to 250W in 1928 after The Association Radio Luxembourg was granted a subsidy by the Luxembourgish State.

In the 1930s the CLR (Compagnie Luxembourgeoise de Radiodiffusion) was founded, quickly becoming a European leader in multilingual broadcasting of programmes on the same frequency. The company seemed doomed later that year, however, when the Luxembourg authorities forced the CLR to stop any form of broadcasting. Luckily, a 25-year concession agreement was signed. 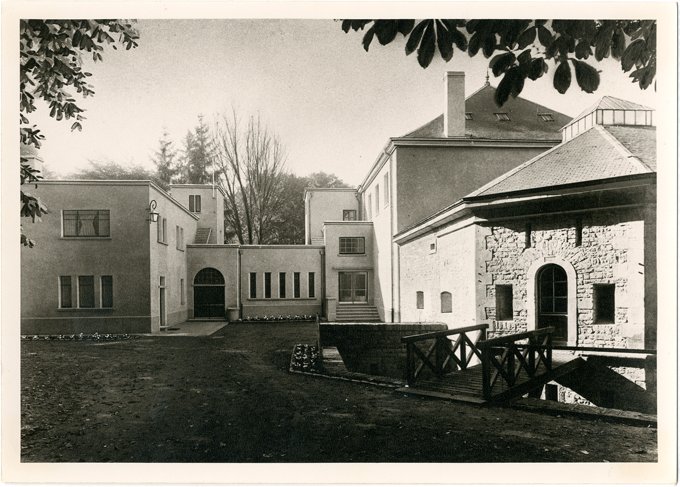 The CLR installed its headquarters in 53, avenue Monterey in the city centre, appointing François Anen as technical head. The construction of the transmitter site in Junglinster began soon after.

1933 was to become a big year for the station. Radio Luxembourg made its first long wave broadcast on 15 March in French and German, using the most powerful 200kW transmitter in Europe: the newly built site in Junglinster. Stephen Williams was the first British presenter to move to Luxembourg. 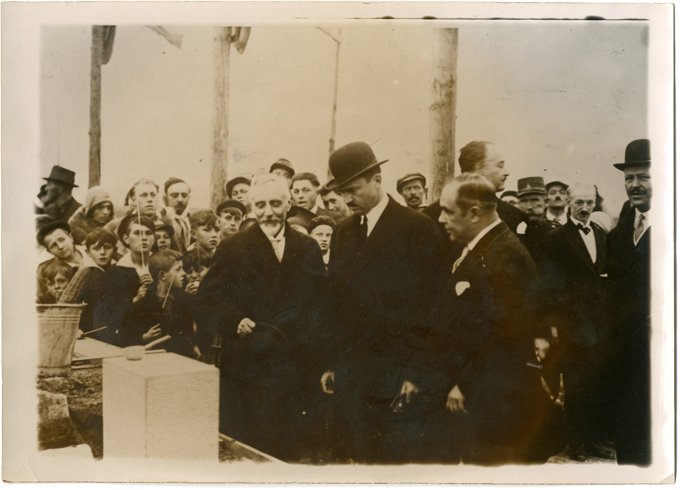 Prince Felix of Luxembourg lays the first stone of the transmitter in Junglister. / © Agence Trampus 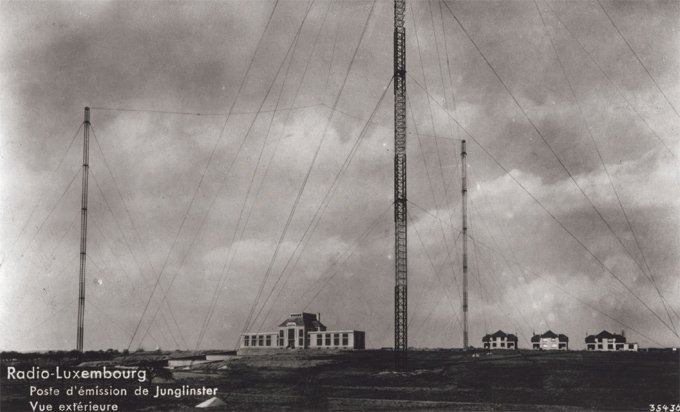 Radio Luxembourg's huge success in Germany, UK, France and Belgium shocked its competitors, especially the BBC. Due to its powerful transmitter, Radio Luxembourg could broadcast throughout Britain, challenging the BBC's monopoly.

Advertising revenue was in decline for the British Broadcasting Corporation, with company's moving their bought airtime to Luxembourg. As a result, the BBC teamed up with the postal service to prevent British advertisers from accessing Luxembourg by landline. The CLR was unimpressed, and came up with an alternative solution: let the ads be recorded in London, and then fly them over to Luxembourg on a weekly basis with Thomas Cook. This service attracted some of Britain's largest advertising companies to Radio Luxembourg, to the disgust of the BBC. Their plan had clearly not worked.

On top of that came the fact that Christopher Stone joined commercial station Radio Luxembourg in September of 1934, a stab in the back for the BCC who consequently blacklisted him for his collaboration with the radio station. Four million British listeners tuned in to Radio Luxembourg in 1938.

With the outbreak of World War II, radio operations ceased to exist between 1939 and 1945. During the Nazi occupation, German troops restart the station, using it for propaganda purposes and communications with other stationed troops. The transmitter is incorporated into the Reichs-Rundfunk-Gesellschaft.

Radio Luxembourg's famous first words on 12 November 1945 were “Bonjour le Monde, ici Radio Luxembourg.” The station was back on air, this time growing and developing its reach rapidly. The construction of a TV transmitted began in Dudelange, and CLR became CLT (Compagnie Luxembourgeoise de Télédiffusion). 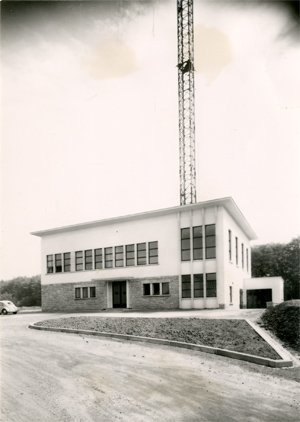 The 50s and 60s proved difficult for the station. In 1955, the commercial TV channel ITV started broadcasting from London. Sponsored programmes moved to ITV, becoming a huge rival to Radio Luxembourg. In 1964, Radio Caroline, the offshore British pirate radio station, started broadcasting and producing live programmes. Their fine selection of rock and pop music, that could previously only be heard on Radio Luxembourg, added to the station's struggles. Despite the Marine Broadcasting Offences Act outlawing pirate offshore stations in Great Britain, their success was huge.

Powerful long-wave transmitters went into service at the Beidweiler site in 1971. The Junglinster transmitters became a back-up.

As CLT continues its expansion into new countries, setting up a network of TV channels and radio stations, it merged with UFA to become the leading European broadcaster and production house. CLT-UFA became the European Entertainment Enterprise.

In August 1990 RTL international was launched. Its new building was inaugurated in 1991, and Radio Luxembourg stopped broadcasting on 30 December 1991. 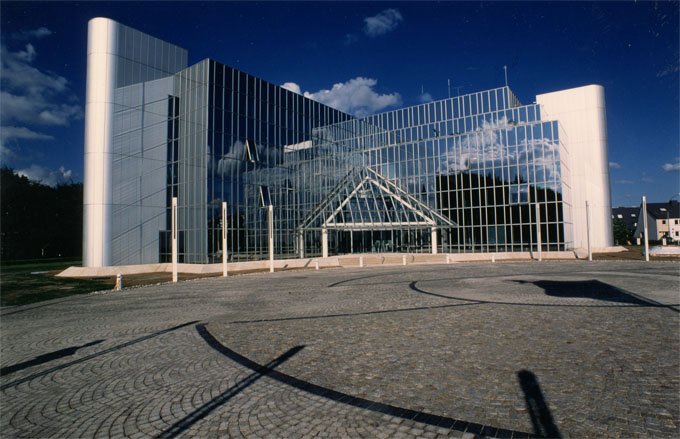 In the words of of programme director John Catlett:

Radio Luxembourg's unique format and music mix, along with the presenters' friendly and down-to-earth tone, has inspired radio until this day.

Josh Oudendijk is a journalist, radio presenter and musician. His love for radio surged when he discovered Luxembourg's indispensable role in European radio history.