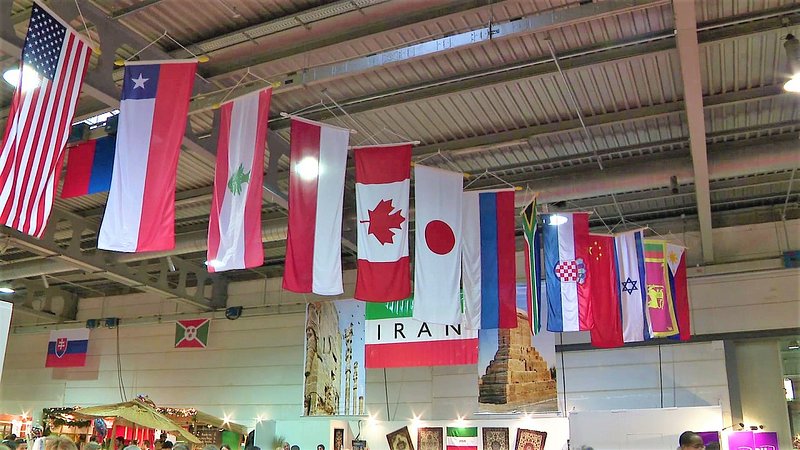 The Bazar International de Luxembourg is a unique event which heralds the start of the festive season each year, bringing together thousands of visitors of all nationalities in the Luxexpo halls.

The stands, which sell a myriad of international dishes and wares from 60 different countries, are run entirely by volunteers. The bazaar, which celebrates its 60th anniversary next year, is the largest fundraising event of its kind in the Grand Duchy. Its very existence is testament to the prevalent multiculturalism in Luxembourg, allowing different nationalities to celebrate their home countries and their adopted country in one swoop while raising money for charity. This year's primary charity is Nepal - Free A Girl.

Every year the Bazar International supports some 100 charities worldwide, which are nominated by members and carefully evaluated before approved for funding. The causes supported by the bazaar range from educational and medical services to environmental concerns. Since its inception, the Bazar International has also provided relief to victims of emergencies and natural disasters around the world. In 2010 the Bazar International marked their 50th anniversary with the creation of a special fund for this purpose: the Fonds d’Aide Humanitaire d’Urgence.

The bazaar in its first form was held in 1960, organised by the Anglican Church of Luxembourg, known as The English Speaking Protestant Church Community (ESPCC). The community decided to hold a bazaar with the dual goals of raising funds for the church and for charity.  It was held on 18 December 1960, in the Château Collart in Dommeldange, the home of a member of the congregation and later president of the bazaar, Pam Van der Esch. In total the first bazaar raised 10,000 francs for a Luxembourg orphanage.

Also in 1962 , the organisers of the bazaar had the idea to join forces with an Italian bazaar which took place on the same day - laying the groundwork for the bazaar in its current format.

On November 16, 1963, stands representing eight nations (Belgium, Italy, France, Germany, the Netherlands, Sweden, Great Britain and the United States) came together to raise funds for the world-wide campaign La Lutte Contre la Faim, organized by the UN FAO. Since then, the bazaar has added stands from countries across Europe, Asia, Africa and the Americas, reflecting the multicultural society it was born into.

Nowadays the bazaar has expanded far beyond its origins, comprising more than 60 stands selling food and produce from around the world, as well as a popular second-hand book stall, clothing and handmade accessories. It has been held at the LuxExpo Foire building since 1972.