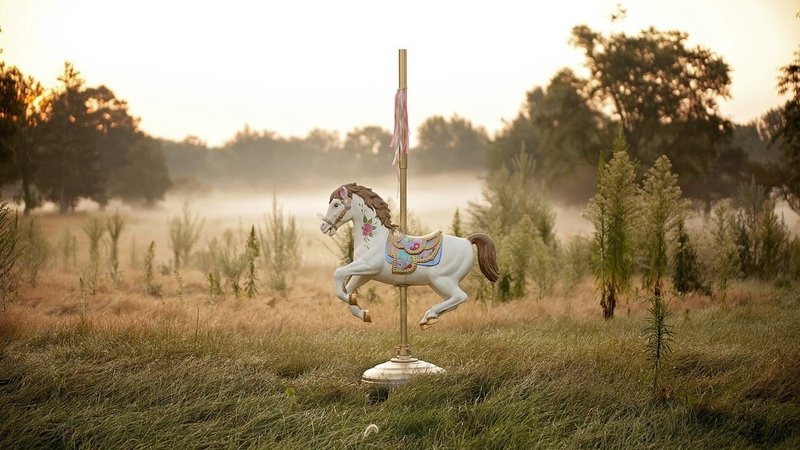 The Schueberfouer is a rite of passage, is it not? But is it an unwritten law that to hate it is somehow unpatriotic? Stephen Lowe ponders this whilst getting himself out of a ruckus too.

Can we get something clear right off the bat, and I am well aware that I will cop some grief, but can we lay it all out there? I hate the Fouer. Absolutely abhor it.

I am not against others having fun. Not at all. I won't be attending the Schubbi or any similar attraction and standing on my soapbox preaching to anyone that will listen. Not unless I can change €8 a pop for it anyway.

Fairgrounds just aren't my thing. And it seems that you're not supposed to dislike the Schubbi. When I tell people I don't care much for it, I get a look that indicates I would have been better putting my foot in their Kniddelen rather than opine that the Schueberfouer just isn't my Tass Téi.

It's not the rides. I love theme parks. I have a new found vigour for roller coasters now that my kids are at the age where they want to have a shot of adrenaline. Better that than Jagermeister...for now.

It's not the people that are there milling around either. It is nothing to do with anyone else other than me, and I'm well aware that it is likely my issue. Or at least it was until Sunday 8 September 2pm, but more on that later.

I should at this stage point out that I am slightly agoraphobic, meaning that bright lights, large crowds and churros do not for a calm me make.

Each and every year, as the Fair season approaches and the gates are beginning the slow, languishing erection (careful), I reach for my wallet and my heart at the same time. One is emptier and colder than the other. You can decide.

Almost a decade and a half a go, on my first foray through the fairground's furnace of frivolity, I was part of a trip with Rugby Club Luxembourg's fraternity. As a 'welcome to the club sort of fashion' (there were other initiations best left for fireside chats or handle glasses full of ale chortles) it was aimed as a 'social activity' with a bit of 'culture' thrown in. The fair was a lot less bolshy about what it is/was than the belching fried food escapade that it is now. Still, there were rides, fun-houses and the ilk. It was full of teens having a ball, having a beer, stealing a ciggie....so far, so anywhere.

There was no edge to it. Just a cheeky waltz around some oily spots, and well, some other oily spots.

There was little to no panic about parking. Few concerns about getting knifed, mugged, fleeced. The Schubbi tour legend states that aside from the regular rides there were the Blue (Diekirch), Red (Mousel), Green (Bofferding) and Yellow (Simon) attractions too* - this was more a rites of passage than any Wild Maus.

*Posh folk could do the Bubbles ride too.

Despite that, I have returned to the three-week long fest only sporadically.

This year, I took the family to the Glacis on the final Sunday of the whole shebang. The kids were excited, my wife was happy to be doing something together that didn't involve work (both hers and mine), football (our eldest's obsession) or collecting stones (our youngest), I was wringing my hands with anxiety.

We took the tram, merrily joking about the rides we would go on. I was going to avoid the Ghost Train and the disco one I had the misfortune to go on last year, - the one which almost saw me enjoying my dinner three times for the price of one. The kids wanted Candy Floss and a go on ALL the rides. As we alighted the tram and stepped over the threshold, something changed, we were no longer in Kansas Toto. 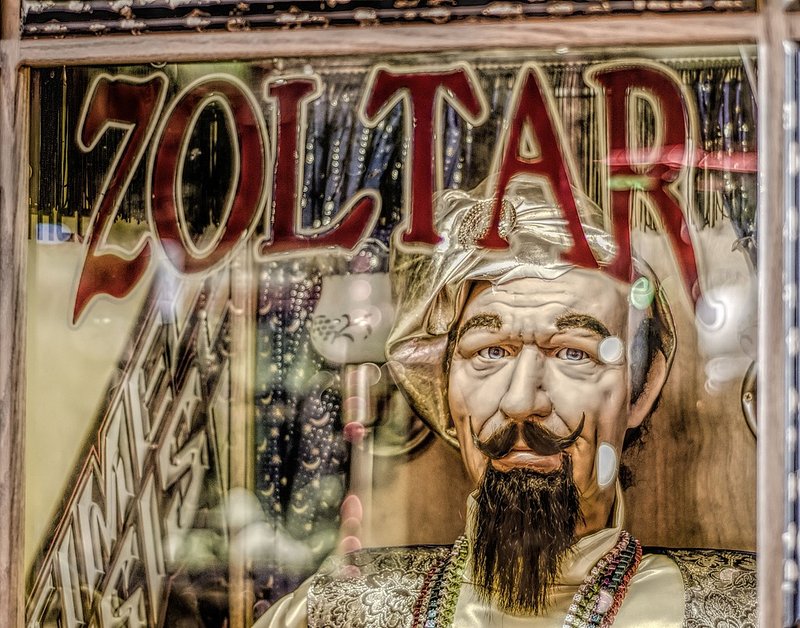 The Fouer has become a place where normal rules do not apply. It's almost like martial law has come into effect and if you don't like, you lump it.

It's edgy now. And not in 'we've come from the 'Burb's for a day trip' way. It feels like the whole place is one broken Punch Bag machine away from kicking off.

And that's where Sunday 8 September, 2pm comes into play.

Without going into too many specifics, as Police were involved, my eldest son took part in a small scale, smaller stall swindle (actual name redacted) that involved a relatively easy task and a relatively minor prize. My son aced said task and was fobbed off with a fidget spinner and not the item (actual prize redacted) he was promised when a not particularly crisp €5 note was snatched from his innocent little mitts (actual child behaviour redacted).

I was flummoxed and floundering. I had a choice, either I walk away and teach my sons that this type of action is commonplace and that you just accept any shit sandwich offered to you, or you stick to your guns and question the grounds on which the stall owner operates.

Every action has a positive or negative reaction.

Me being me, I decided the best way to settle this would be to appeal to the nice young chap (actual description redacted) and make clear that the exchange and reward were not in keeping with that which was advertised at the outset of our transaction. I was asked politely to look at a different stall (actual abusive comments redacted).

Meanwhile a family of a reasonable size (nationality redacted) had a small problem with one of their clan suddenly being taken ill and unleashing a technicolor yawn over the side of our delightful young chap's walkway.

The man and the family exchanged pleasantries (actual exchange redacted).

The stall owner was clearly unhappy - well within his rights and, to be fair, this was probably NOT the time for me to bring up (pardon the pun) our continued problem.

Again, the man civilly reminded me that there were many other beautiful stalls that we could spend money at and suggested that I enjoy my day (actual suggestion redacted).

I offered my thanks but requested that I could stay until such time as my son received the reward for his actions (actual exchange redacted).

There was now a crowd forming. 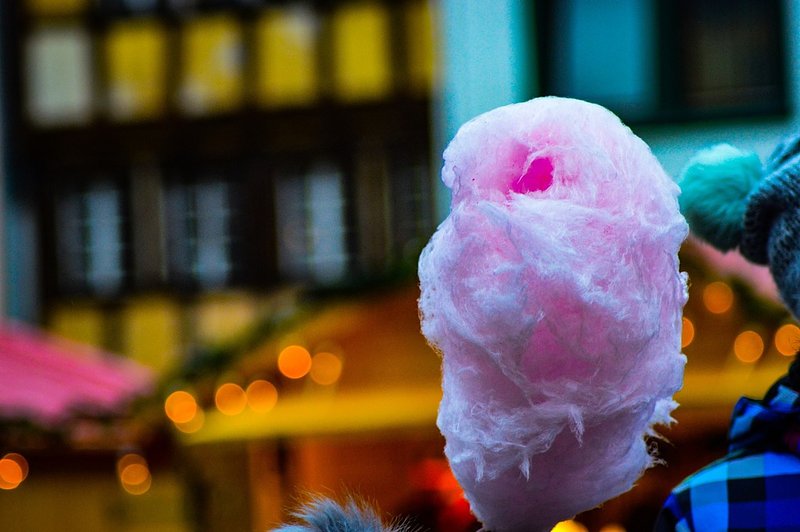 Spectators were saying they had seen that my son had completed the task and therefore deserved the prize.

The man said that while he respected their view, it was his stand and they were not obliged to remain in the area (actual instruction redacted).

I, being a bit of a jumped up idiot (actual description similar), said aloud that the stall may not be operating under correct guidelines and it may be best for other customers to save their cash for other more enterprising endeavours.

The stall owner thought that I was entitled to my opinion but that his view was more important (actual pleasantry redacted).

The man then sought to tickle my face with his fists, missing comically. This amused the crowd. It did not make me laugh, I had no idea how I avoided the blows and was certain more were coming.

I asked the gent to stop and to pose for a photo, so that I may remember our day more vividly. He took his own phone and seemingly speed-dialled some of his friends, so that we could have a group selfie (actual request for assistance redacted).

The man then tried to tickle my face with his fists again, this time getting a little closer.

There were oohs and aahs.

My kids were in floods, my wife one tickle away from shoving an umbrella where even the grabber claw couldn't retrieve it.

It was made clear by the fine upstanding man that a huge group tickle was coming and I was soon going to be very happy (actual threat redacted).

My reasonable request for the prize to be given and that this silly tiff could soon be forgotten was ignored (tone in which request was given redacted).

Then my eldest suggested we go. It just was not worth it.

Eleven years of wisdom and he was smarter than both me and my new best pal (actual name redacted).

As we walked away, I held my sons' hands so as to not be seen as an aggressor - inside a rage boiled, I may have held my kids' hands too tight.

The charming prince tried to block our way. I continued on my path. He would stand in front and ask that I please stay (actual instruction redacted). I would reply with a gentle no thanks (actual response redacted).

This continued for about 60/70 metres - it felt like a marathon.

What happened next was not unlike those sequences in Jason Bourne or John Wick movies where, suddenly everyone's a potential sidekick. We saw other folk on their phones, hand signals. Head bobs.

Except in this scenario you replace Messrs Damon and Reeves with an out of shape, and slightly shitting-himself British father, his two distraught kids, and a rapidly infuriated Scottish wife.

Our guide was on the phone jabbering away that we 'English needed a lesson to be taught' (nationality of the man redacted).

My aim was to get to a police person or a security guard, or at the very least in range of a CCTV camera, so that if anything did happen, and it was looking more and more an likely that it would, the actions would be recorded and logged. I was at the point where I felt that I was going to have to act. He was now blocking my kids and trod far too close to my wife.

We finally arrived at the police hut.

The police were of great assistance (actual level of help redacted). They wanted us to stop bothering them with such menial complaints. It was only €5, they'd said, as if it were the single sheet of currency I was concerned about.

Was I going to? No (actual thoughts redacted).

Were the police going to make sure that as soon as we stepped out of the Fouer, that we were not going to be jumped? No.

My kids were still crying, my wife was livid, and I was completely nonplussed.

It's easy to paint the guy as a sneering, horrible, violent thug and myself as the innocent perfectly behaved victim. There were many options for me to walk away. To leave it alone. To beat up someone or to take a kicking.

The only lessons I taught my kids are: fairs are shit, some fair stalls are unfair, and, crucially, that police help is not always forthcoming.

So, after 68 minutes, one argument with a lovely chap (actual....oh, you get the point by now) and a jovial chat with the constabulary, we were back on the tram and heading home.

Lighter in wallet and heavier in spirit.

------
Stephen Lowe is a freelance journalist, editor with RTL Today, a freelance DJ on Eldoradio and a short film director/producer.