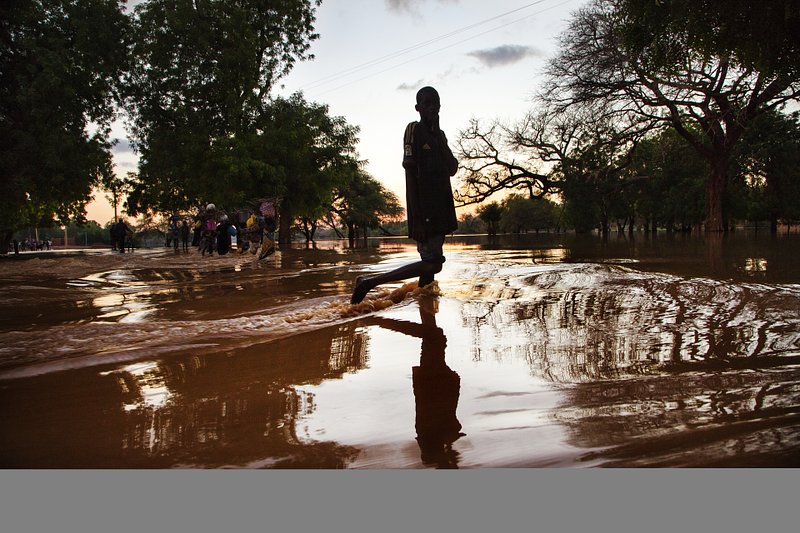 When I was in Primary School, the swim instructor made a joke that I should be careful getting into the water in case I made it dirty with the colour of my skin.

I know the title is very long, but I decided to name my contribution this way because the length of the title cannot even begin to reflect the long-lasting impact that this joke had on my own perception of myself and others' perception of me.

At the time and at my age, I didn't understand what the instructor meant, the racist undertones of the joke and why everyone found it so funny, so I remember telling everyone when they laughed that I was not a text marker and that my skin didn’t work like that.

For weeks after the joke, my classmates refused to touch me or sit next to me in fear that I would "rub off" on them and "get them dirty too".

Of course, my feelings have changed since then, I feel comfortable in my skin and in my identity, and those who used to mock me have stopped. But as a child, you don’t understand these jokes, and even if you did, they shouldn’t be made in the first place.

That was not the last or the only time something similar happened to me, because for the rest of my primary school years, I was a regular recipient of such comments and jokes.

However, it was probably the first time, from what I can remember, that I started to doubt myself and see myself differently. Bear in mind, I was only in Grade 2.

Looking back, what annoys me most is not necessarily the jokes or the things they said (although it still annoys me). It was the fact that I could not ask my teachers, the people who were supposed to support me, for help because they did nothing to stop it even when they saw it, they downplayed my feelings or in the worst cases made comments or jokes themselves.

And this problem goes beyond racial discrimination: Children of all ages, ethnicities, nationalities, sizes, races, genders, etc. find themselves in environments or situations where they are ridiculed or treated unfairly and differently for things they should not be treated unfairly for or for things they simply cannot (and do not have to) change.

For me and many others who found themselves in such discriminatory environments in their childhood, self-perception turned into something equally unpleasant and self-deprecating. Because these feelings and thoughts were not dealt with and changed in our childhood, they became entrenched and manifested in insecurities that became stronger and in a way, continue to affect us.

In light of this year's World Children's Day, I would like to remind everyone of Article 2 of the Convention on the Rights of the Child which talks about the right to non-discrimination. Especially adults in the school environment, should speak up and correct others when they see discrimination of any kind between children, to stand up for the children who cannot do so themselves, and above all, not to be the perpetrator of such behaviour themselves, even if it is done with "humorous" intent.